When problems overwhelm us and sadness smothers us, where do we find the will and the courage to continue? Well the answer may come in the caring voice of a friend, a chance encounter with a book, or from a personal faith. For Janet, help came from her faith, but it also came from a squirrel. Shortly after her divorce, Janet lost her father then she lost her job, she had mounting money problems. But Janet not only survived, she worked her way out of despondency and now she says, life is good again. How could this happen? She told me that late one autumn day when she was at her lowest she watched a squirrel storing up nuts for the winter, one at a time he would take them to the nest. And she thought, if that squirrel can take care of himself with a harsh winter coming on, so can I. Once I broke my problems into small pieces, I was able to carry them, just like those acorns, one at a time

Take all your problems

In a shopping cart 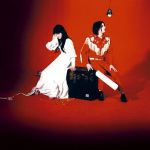 The Air Near My Fingers

Girl, You Have No Faith In Medicine

You've Got Her In Your Pocket

There's No Home For You Here

I Want To Be The Boy To Warm Your Mother's He..

The Hardest Button To Button

In The Cold, Cold Night

It's True That We Love One Another 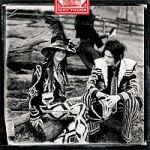 I'm Slowly Turning Into You

A Martyr For My Love For You

You Don't Know What Love Is (You Just Do As Y..

St. Andrew (This Battle Is In The Air)